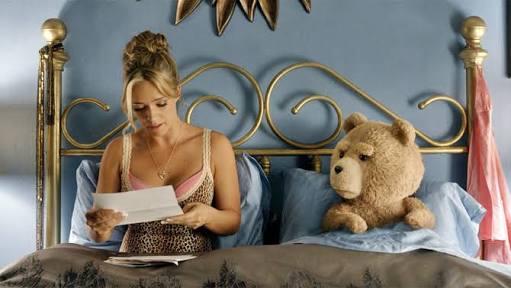 I came to watch Ted 2 today to the movies with the precaution that many times 2nd parts are not good enough.

I read that Seth Maclarne, director and Ted’s voice, had a very long time trying to make this 2nd part funnier. But before watching it, I knew there was a bunch of people that loved it and laughed all time and other ones who didn’t like it at all. Just as the 1st movie.

I was among the people who loved Ted 1. In that movie it was not only the jokes about sex, marihuana, minorities and geek culture of the 80’s. John (Mark Wahlberg) and Ted had a great friendship chemistry. Many can relate to them, specially if sometime in your life you had a buddy with whom it was fun to be monkeying around even when your actions where not politically correct. This friendship between John & Ted made the movie to stand among all these comedies worth a dime by Adam Sandler. 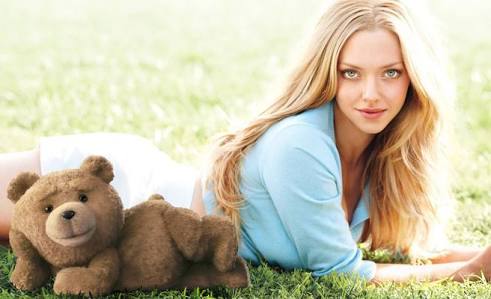 In this second part, Ted is married to the woman (Jessica Barth) of his dreams. Problems arise when the couple decide to adopt a child, but the law declares Ted to be a property and not a person.

MacFarlan, who also has shown comedy talent on Tv through American Dad, The Cleveland Show etc, proveed that it’s possible to adapt this kind of humor to the big screen. And no matter how simple the formula is, the audience won’t get tired to this references to American pop culture and in this case to the Geek World, even Ted visits Comic-Con in this movie.

A twist in the plot also brings (again in Hollywood) the dilemma of what means to be a true American citizen and human being. Ted wants to be part of a society who is unwilling to accept minorities. And as a legendary, civil-rights attorney played by Morgan Freeman points out, why Ted wants to become a citizen if he is not willing to accept the responsabilities of a citizen.

Try to come to watch this movie with your brothers or good pals with open minds and you will have loads of fun. Don’t bring your kids just because there is a bear as many clumpsy parents here in Vallarta did.