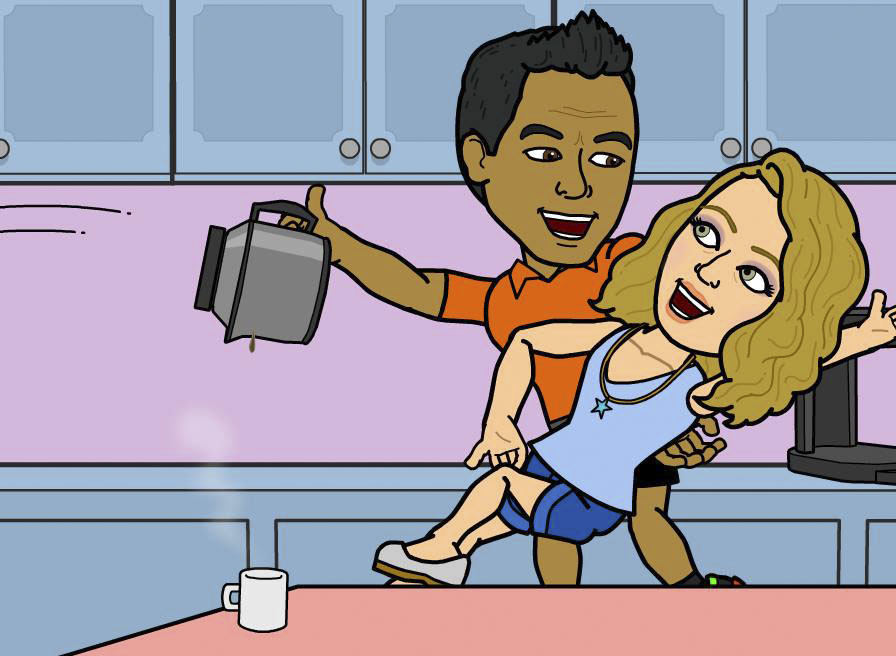 Some of you were asking about the last series of events that happened this week, and I have always answered: “I am busy to give you a long answer. But I will write it in my blog so you can read it.”

During July and after I closed the studio, I was among many things, helping my friend Susy with her fitness classes at Bahía Gym. Rachel, the owner of the gym and someone I knew before, told me they were looking for a Hip Hop dance teacher at a cultural center called Octopus Garden in a neighboring town called La Cruz de Huanacaxtle. I was then contacted by Kathleen who happened to be volunteering for Octopus Garden. She helped them with the dance classes going on and with the sales of their organic coffee. She wanted to have the Hip Hop classes for Octopus but also for herself. We talked and as I told her like a prediction, the class ended up

appealing more to the local children. However I became all the time in contact with her because I reported every class to her; because she ended up selling me the coffee brew for Vallarta Salads and also because we had some interesting chats after my class was over.

We have to admit there was an instant click between the two of us. Maybe because we shared an interest in ecological themes, in intercultural exchange, in world news, in dance; maybe because we’re both Gemini, maybe because we liked to laugh about the same stuff, who knows.

However, we only see each other every week only during the class time. She was not really looking into a relationship and neither did I. In september, I finished giving classes at Octopus Garden and I was kind of sad inside me because I had no excuse to see her again. But then the “luck” or “unluck” came in. She felt from some stairs at the Octopus Garden and her Lap Top crashed into the floor. As she was an online English teacher and the Lap-Top was her worktool, she was really shocked. In her desperation, she wrote me to tell me the situation. I offered her to use my computer and Salads‘s WIFI to be able to continue with her classes. She accepted, and ended up visiting me every day at Salads! Unlucky Canadian, lucky Mexican! 😀

While days passed, she talked me about her necessity to focus more on her goal in life which included getting more involved in sustainable environmental projects. The Mexican Independence day came and although Mexicans (including me) were not willing to celebrate the date because of the political events we’re all facing, I was eager to invite her to celebrate with me at downtown Vallarta. She came with me and we had a great time at places such as Malecón Vallarta, Viejo Vallarta Bar, La Bodeguita and J&B.

The next day, she was accepted at a job in an ecological hotel in Chacala. There were just few days before she had to move to live to Chacala. I found myself really sad. By that time I knew I felt something more for her than just friendship. However, I was discouraged to tell her what I feel as she was already leaving.

She wanted me to take her to dance again before leaving, so I decided to give her a farewell gift. I bought her the complete collection of Mafalda comics as I knew she will love them and help her to improve her spanish. I also get her some Chocolate Abuelita after I was teasing her about her early-bird habits. Finally I drew a personalized Lap top on a folder. (Obviously I was not able to afford one). After a long session of Salsa, Bachata, Cumbia and Payaso de Rodeo dance, I gave her the presents and that finally made us discover we wanted to be together.

Now oficially I’m not single anymore, and we’re working on ways to see us every week either in Vallarta or Chacala. By the way, I have to finish writing because she is almost here. 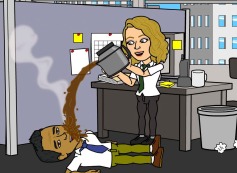 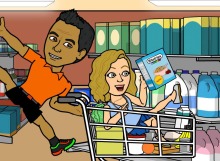 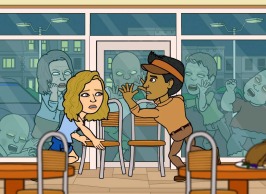 One thought on “How I met Kathleen!”