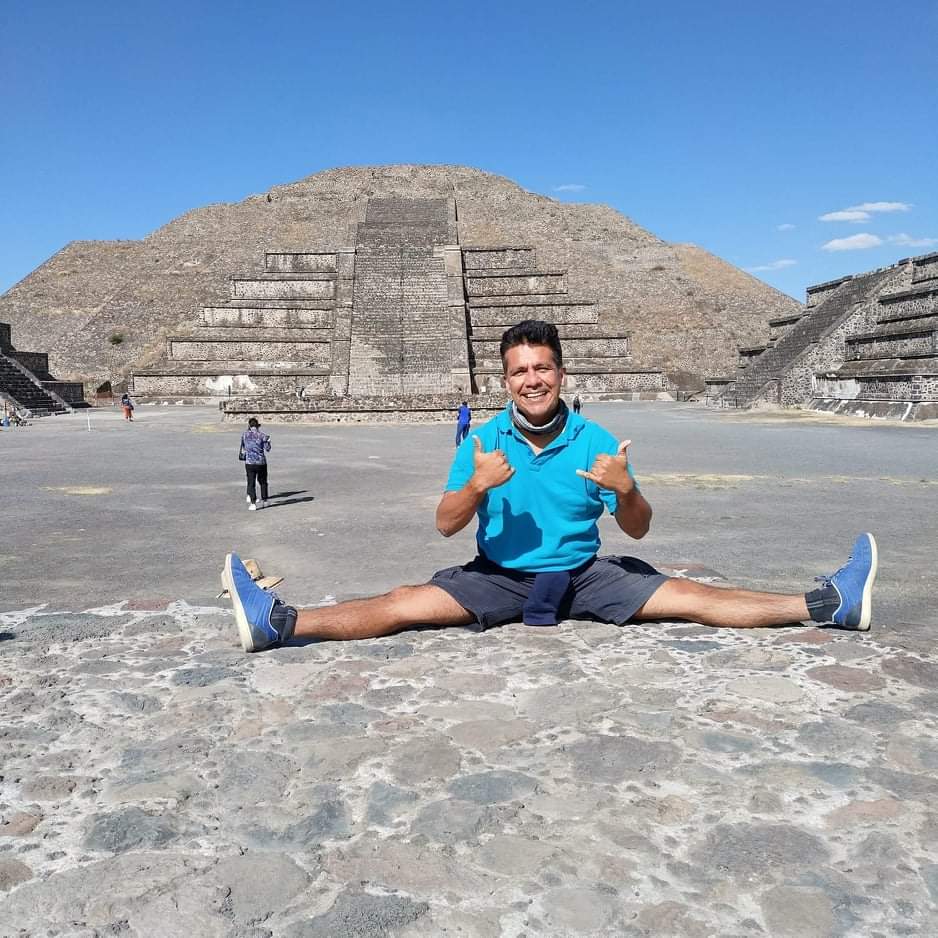 We just came back from a “family trip” to Mexico City, the capital of Mexico and we had a great time. Let me tell you what we did and how we do it, so you can have a reference if you travel to this city anytime in the future.

On the first day, we went to Six Flags located in the Ajusco. We knew this place was going to be busy, specially on a weekend, so Carmen purchased the tickets with lots of time ahead. This park is dedicated 80% to the characters of DC Comics (Superman, Batman, Supergirl, Aquaman, The Joker) and in a 20% to the characters of Looney Tunes (Bugs Bunny, The RoadRunner, Taz, Daffy Duck). The Roller Coasters there are really fun but on busy days, you will have to make huge queues to enjoy one ride. (Unless you pay a special V.I.P pass which we didn’t pay). The Looney Tunes section is entirely dedicated to children under 10 years old. The Mexican section of the park had very cool skulls to celebrate the Day of the Dead. We also watched a cool dancing show with Halloween/ Day of the Dead Theme.

On the second day, we went to Kidzania. There are two Kidzanias (Santa Fé and Cuiculco). We were supposed to go to the one in Santa Fé but I calculated wrong, we took the subway Universidad Line 3, and then we ended in Cuiculco. This part of the trip was planned for Carmen‘s kid. It’s a very cool mini city where kids play to be adults. They can work in different companies as Chefs, Police Officers, TV Reporters or Dentists to earn Kidpesos and then they can spend it in small stores as Liverpool. The most popular job was being a Fireman and putting down a fire.

On the third day, we went to Xochimilco, 20km south of downtown.  We used the Subway Line 2 to reach Tasqueña station and from there we took a small subway that connects to Xochimilco. Xochimilco is a village strung with a network of canals lined by gardens with flowers such as poinsettas and marigolds. These “floating gardens” are remnants of the Aztec‘s chinampas. For $500 pesos, we took a private Trajinera (Mexican Gondola) for 1 hour. Along the way, other trajineras glided towards us to offer us corn, sweets, tacos or even a Mariachi band. In this one hour we were not able to make it to the famous and creepy Island of the Dolls, but we were able to see a small imitation. Also, Xochimilco is home of the Axolotl, a cute, aquatic Mexican salamander, but we were not able to see any.

On the fourth day, we went to the Van Gogh Alive Museum which was temporally displayed at the Mother’s Monument. We took several buses to get there. The Van Gogh Alive Museum is an interactive exposition that allows visitors to get immersed in Van Gogh‘s life from his early days discovering visual arts until his tragic suicide. We had lots of fun learning about him and playing and dancing on the projection of his art.

After being inmersed with fine arts, it was time to give a twist to the day, so we went to the Mexican Wrestling Matches in Arena Mexico. We walked along Chapultepec Avenue and we arrived to Doctores Neighborhood. At the ticket stand there were several options. We took the general seats, $100 pesos each and we enjoyed an excellent view. They bought some wrestlers masks, I bought some beers and we enjoyed the show, a combination of acrobatics, choreographed combats and comedy. At the end, the final match had a national hero, Mistico fighting. But he lost against the rudos (The rudes)

On the fifth day, we went to the Inbursa Aquariums located in Carso Shopping Mall (Owned by Uncle Carlos Slim). To get there, we took a series of buses to Polanco Neighborhood. The first Aquarium is in the middle of the street and has 3 floors of Marine life with turtles, sharks, rays, crocodiles, jelly fish, urchins, starfish, coral reef, frogs, eels and penguins. Finally there we were able to see several axolotls. The second aquarium is in the second floor of the shopping mall and has many interactive games to learn about the cycle of water, the glaciars, the hurricanes and the ecological impact of the man.

On the sifth day, we went to Teotihuacán. We used the line 5 of subway to get to the Autobuses del Norte station. From there, we took a $50 pesos bus to the village of Teotihuacan. There we walked to the archaeological site. Teotihuacan was a planned city that existed between 200 B.C to 700 A.D approximately with more than 20 square kilometers. Nowadays we can only see the 2 kms of Los Muertos Street with 2 main points, the Sun and the Moon Pyramids. The Sun Pyramid is 65 meters tall (Being the 3rd tallest standing ancient pyramid in the world nowadays). The Moon Pyramid is 43 meters tall. The civilization of Teotihuacan dissapeared without track. The name “Teotihuacan” was given by the Aztecs (The City of Gods). But how the people of Teotihuacán called themselves is still a mistery.

On the last day, we went to Chapultepec using the line 1 of Subway. Chapultepec (land of the grasshoppers in Nahuatl) was a summer residence for the noble Aztec class. Nowadays, the forest of Chapultepec covers 4 square kilometers, has lakes, a zoo, several museums and a castle. Street vendors have invaded a great part of the park and sell funny things including “Squid Game” fluffys and Monkeys that shoot water from the tail. We found some squirrels and had a fun time feeding them with tangerines.

After coming out from the woods, it was very cold so we got some crepes and coffee from a street lady. It was very random, but in the next stand, I found Morgane and Quentin, 2 francophone couchsurfers from Belgium that I hosted in Puerto Vallarta. It was such a cool coincidence.

During our trip, we visited several landmarks in Mexico City such as downtown, the Angel of Independence and the several shrines and figures of the Day of the Dead.